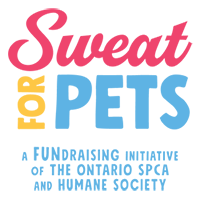 We wouldn't be able to provide our services for the animals that need it most without your support. Your passion, dedication and desire to help animals has provided many second chances. Take a look at some of the stories below to catach a glimpse of how your support can make a life-changing difference. You can take the first step towards changing lives by registering for Sweat for Pets. 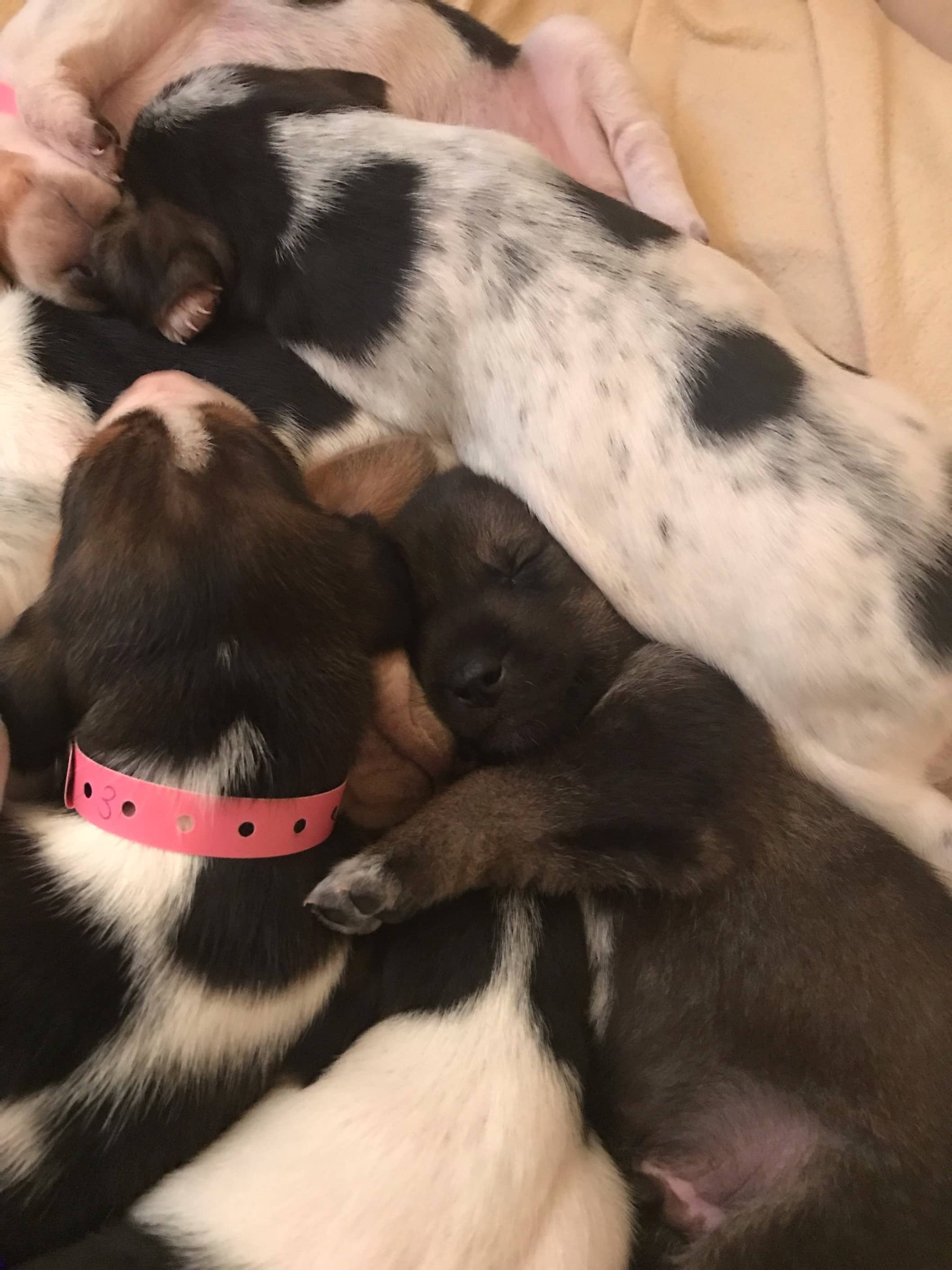 A very young dog in Sudbury gave birth to one adorable husky puppy. Unfortunately, the mother rejected him and couldn't provide her puppy with the care it needed to survive. Our staff jumped in to help, and took the puppy in to provide him with the critical resources to ensure he grew up healthy.

Only a few hours away, we met a very pregnant hound cross that was found as a stray and taken in by a veterinary clinic in Goderich. Within 24 hours of her arrival she had nine puppies but sadly one didn’t survive. Fast forward two weeks later and the mom and her eight pups are now in our care and are thriving in the home of one of our foster families. But the story doesn't end there... we decided to introduce the motherless puppy to the hound litter. It was a success! Eight puppies became nine once again and the family was complete! Since then, all the puppies and the mother have been adopted to loving homes. The little husky has grown up to be a beautiful boy, now named Guinness.

Because of your support we were able to provide all these pups with the nutrition, enrichment and medical resources they needed to survive and find their forever homes.

When young Rudolph arrived at one of our animal centres, he was injured, very nervous and unsure. He'd hiss in fear when anyone approached his kennel, was honestly scared of his own shadow. After a vet visit, we learned Rudolph could only see out of one of his eyes. The other was plagued by severe infection, which was likely very painful. No wonder he was scared! He was hurting and he couldn't see who was trying to help him.

It was over the next couple of weeks that Rudolph's life changed for the better. Through daily eye meds, our animal care team had lots of time to do some hands on work with Rudolph. Day by day, the hisses softened and the purrs increased. Rudolph was feeling better! The day Rudolph became available for adoption was certainly a fulfilling one. Although he had lost his vision in one eye, he was no longer in pain and well on the mend! This homeless boy had come a long way since first coming through our doors. The most magical day was when his adopter fell in love with Rudolph and brought him home. These are the meowments we all truly treasure. Thank you for making them possible.

Check out this adorable story of Phoenix - he truly did get a second chance thanks to our community of supporters (like you!)